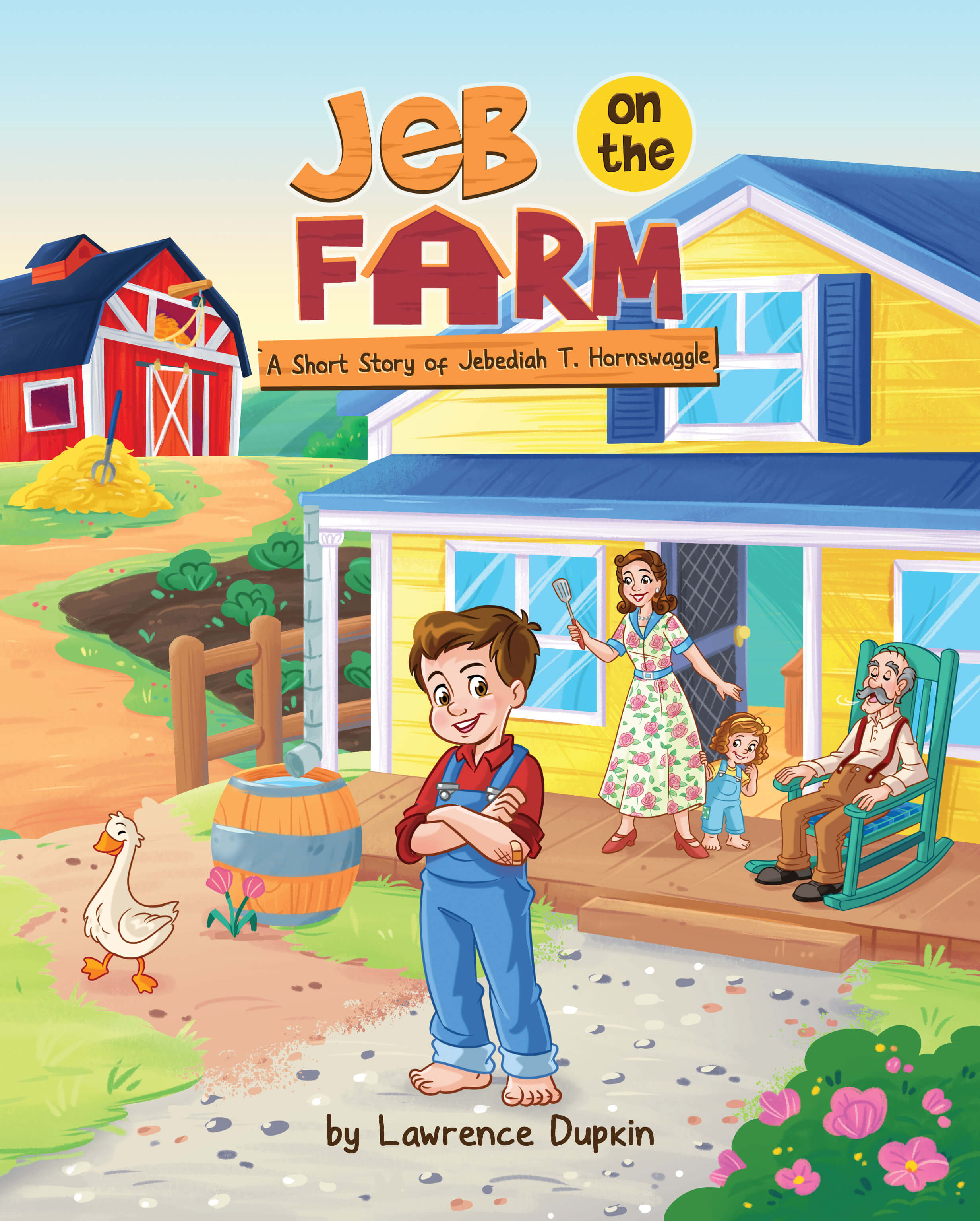 Jeb on the Farm

“It was a beautiful day on the Hornswaggle farm. The sun was shining, the birds were singing, the roosters were cocka-doodle-dooing.”

The Hornswaggle family farm is a place where kids can be kids. Join Jebediah and his sister, Missy, for a day full of mischief, Momma’s biscuits, and helping Daddy with chores on the farm.

Author Lawrence Dupkin brought Jeb to life through bedtime stories told to his children. His animated telling of Jeb’s misadventures on his family’s farm evolved into a beloved tradition, and now, Jebediah is finally ready to meet a whole new generation of young readers.

Parents will enjoy following in the author’s footsteps and turning Jeb’s stories into a playful bedtime routine, filled with laughter and speculation at just what Jeb is in for next.